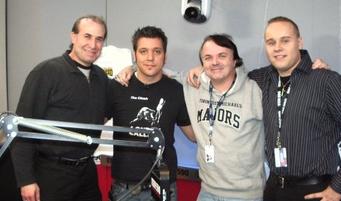 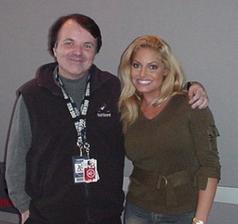 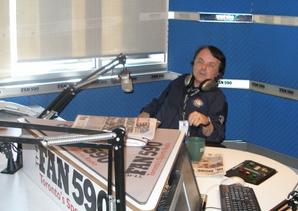 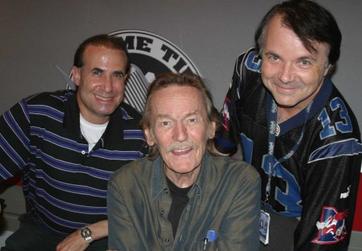 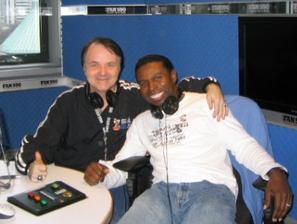 So just let me say it again, with some extra emphasis…

It took me 26 years and eight months to do 3,500 shows at the first, biggest and still best all-sports radio station in Canada, as I did show No. 1 on November 30, 1992. Feels like 100 years ago in some ways, in other ways, it feels like yesterday.

The days are long but the years are short. Truer words were never spoken. I know because I lived those long days, and all too short years, as I talked about when I wrote about the occasion of my 25th anniversary at the station (also see below).

I am not going to make a big deal about 30 years or 3,870 shows, but I do want to acknowledge both milestones because, well that’s a lot of years and a lot of shows friends! And the fact that I have managed to be around long enough to get to that number – well let’s just say it’s right up there on the miracles list with the breaking of the fishes and loaves!

I tried to make a list of every technical director and producer I have worked with since 1992 for the occasion, but I know it’s not complete because it seems like every day, I hear from somebody else who usually starts with “hey, do you remember me I produced your show back in the day!”

I remember you all right. How can I forget? I couldn’t do the show without you! But I won’t even attempt to list all the names individually because frankly I know I’m going to miss a few and I don’t want to do that. But I dedicated No. 3,500 to all of the fantastic producers and technical directors who worked with me on these shows. All of them have something in common – they are all tremendously talented, they are all under-paid, and they all love the sports media business. I cannot express enough my gratitude and appreciation for these tremendous people, not only for the work they did on my shows, but on all of The Fan’s shows. THANK YOU to all of you! No. 3,500 was for you guys, and I have been lucky enough to do another 370 since then.

So instead of reminiscing (which I rarely do anyway – I don’t look back, that’s not the way I’m going!), I will just say thank you again – to our terrific audience, and to the program directors over the years who kept putting my name on the schedule whenever they needed me. The stories below tell the history if you are interested.

I have had a lot of highlights in my sports media career and so many great gigs – but hosting on the mighty 590? Oh that has to be number one.

Well 3,871 actually…and however many more they let me do.

Thank you all again. And here’s to the producers and technical directors that made them all possible – they are the best! Cheers to them all!

My one and only regret after 25 years as an on-air host on Sportsnet 590 The Fan...those 25 years went way too fast! Besides that - it has been an absolute blast.

​            November 30, 1992. That was the day I did my first on-air shift on The Fan, which was then known as The Fan 1430, the first all-sports radio station in Canada. 25 years later, here I still am, hosting shows on the weekends and occasional weeknights or whenever else I'm needed.

What follows below is a column I wrote in December, 2015 after I hosted my milestone 3,000th show on The Fan. Every word still applies, and I really couldn't say it any better than I did two years ago when I wrote it (all I have done is add this intro and update my career "numbers" which I am somewhat obsessed about!). I am still eternally grateful for the opportunity, and especially grateful for all of the other opportunities that being a host on the greatest sports radio station in the country for so long has afforded me in my sports media career, which will be 38 years long on February 1, 2018. I have had more "cool" jobs than anybody; I cannot tell you how lucky I feel.

I have learned one important thing from life that I try to share when I am on air and via Twitter, as I make a point of tweeting out a positive message at the end of every show I do. LOOK FOR THE GOOD. Optimism isn't thinking everything is good, it is choosing to look for the good in everything. Optimism breeds happiness. Negativity breeds depression. Your happiness is largely determined by how you allocate your attention. My life and career have been far from perfect but I choose to focus on the good and as a result I am a happy man. I wish the same for you. LOOK FOR THE GOOD in everything, we either win or learn after all! Thanks to the many great listeners who have listened and followed me over the years...you are all GREAT!

So 3,281 shows over 25 years and still counting. That is quite a run for somebody that has never has his "own" show and has just said YES when asked to host, from the first time by Allan Davis on November 30, 1992, to Dave Cadeau and Jason Rozon today, whenever I possibly can.

My heavens - 25 years! As I tell my students at the College of Sports Media and Ryerson University all the time - Days are long, years are short. So true.

The 25 years at Sportsnet 590 The Fan were way too short. Besides that...no complaints. Not one. Long live the mighty 590 and THANK YOU AGAIN!!!