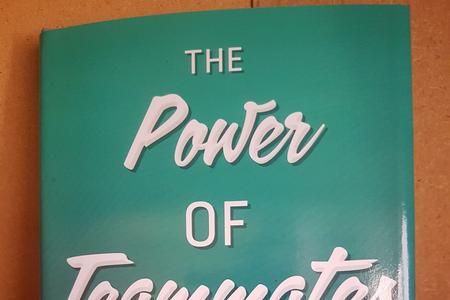 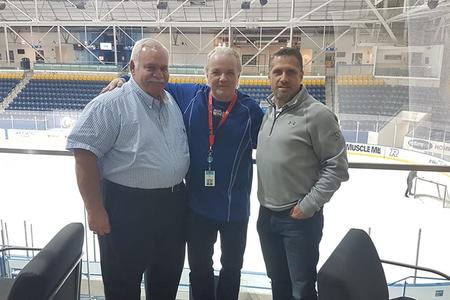 The Power of Teammates is now available!

The Power Of Teammates is now available for sale at amazon.ca, friesenpress.com and barnesandnoble.com.

Our TEAMMATES Personal Development Program is based on the book, which we use with our clients to help them live better and get what they want faster. That’s quite the promise – but it’s one we are confident in making.

Roger, Chris and Jim spent the last 21 months developing the program and for the first time the book is available for sale to everyone, not just our coaching clients. It’s 180 pages and features 10 of our blogs, a year’s worth of our daily inspirational tweets, and exercises to help you really discover what’s holding you back from having the kind of life you want. The Teammates Trio has a combined 120 years of business experience and they’ve formulated 10 Prinicpals – also contained in the book – that they see as pillars to having a better life.

Teammates Coaching has been available since 2013 and in June 2019 Roger, Chris and Jim started developing a course that the book is based on. If you’d like more information on getting personalized personal developing coaching, email is at teammates@rogers.com

“None of us is as smart as all of us.” – Ken Blanchard

Take a moment to answer these three questions honestly. They could change your life:
1. Are you seriously looking at ways to make your life better?
2. Do you see the value of having experienced mentors in your corner to help you navigate through your life journey?
3. Do you feel stuck in a rut, or feel that you aren’t making the most of your life right now, and could use some help?

If you said YES to all three, then you need to discover The Power of Teammates!

You already know what to do in order to improve your life. You've read self-help books.
You know that you need to work harder, work smarter, have a positive mindset, be creative, etc. etc. etc....Sure you do!

Then why aren't you doing it? What's missing?

The Power of Teammates is what's missing.

Our trio of coaches has more than 120 years of business experience combined in all areas of teaching, coaching, managing, broadcasting and mentoring. Follow the lessons in this book to help you improve the quality of your life as hundreds of their clients have over the years.

Get to the next level in your life both professionally and personally with The Power of Teammates!

ROGER LAJOIE has been working in the sports media field for close to four decades. He has been a reporter, editor, broadcaster, announcer, author, teacher and hockey executive at various times in his career. He taught at Ryerson University in the Sports Media program for four years and was a teacher at the College of Sports Media from 2008-18. He wrote the biography of Canadian hockey legend Paul Henderson among his four published books, and has done 3,700 shows as a radio talk show host on Sportsnet 590 The Fan. He has covered more than 250 major sporting events, including 17 World Series, 14 Stanley Cup Finals, 13 Super Bowls and 11 NBA Finals. He has worked as an executive for the Canadian Hockey League, and was Vice President of both the Mississauga St. Michael’s Majors and the Belleville Senators. For eight seasons he has been one of the Official Scorers of the Toronto Blue Jays and has operated Triumph Sports Communications for more than 30 years and has been personal coaching/mentoring clients for the past several years. LOOK FOR THE GOOD!

CHRIS DEPIERO has been an educator in various forms for the past 26 years, as a teacher and coach. He has been the Director of Athletics at St. Michael’s College School as well as a classroom teacher. He played professional hockey in Italy before becoming an accomplished hockey coach, leading the St. Michael’s Buzzers to back-to-back Ontario titles before moving on to the Ontario Hockey League. Chris was Assistant Coach, Assistant General Manager, Head Coach and General Manager with the Oshawa Generals from 2006-12, and worked as an Amateur Scout for the Pittsburgh Penguins from 2012-16. He recently returned to North America after serving as Assistant Coach with Hockey Club Lugano in Switzerland, and is once again working for St. Michael’s College School in an adminstrative role. BE OUTSTANDING!

JIM ROONEY has been a fixture in Guelph sports for decades. He was co-owner, president and governor of the Ontario Hockey League’s Guelph Storm from 1991-2006, and Chairman of the Board of Governors of the OHL from 1995-2001. His Guelph teams won two OHL titles (1998, 2004) and participated in four Memorial Cups, including one as a host city. He later became owner of the Guelph Royals of the Intercounty Baseball League after sevring as the league’s Commissioner from 2001-2009. He was principal at Bishop Macdonell and Our Lady of Lourdes high schools, where many of his Guelph players attended. Jim was also co-chair of the Ontario Winter Games (2002-03), and was Educational Consultant for Team Canada’s first U-18 gold medal winning team in Russia in 2003. He was elected to the Guelph Sports Hall of Fame in 2017 to recognize his outstanding contributions as a builder in Guelph sports over many decades. BEST ALWAYS!